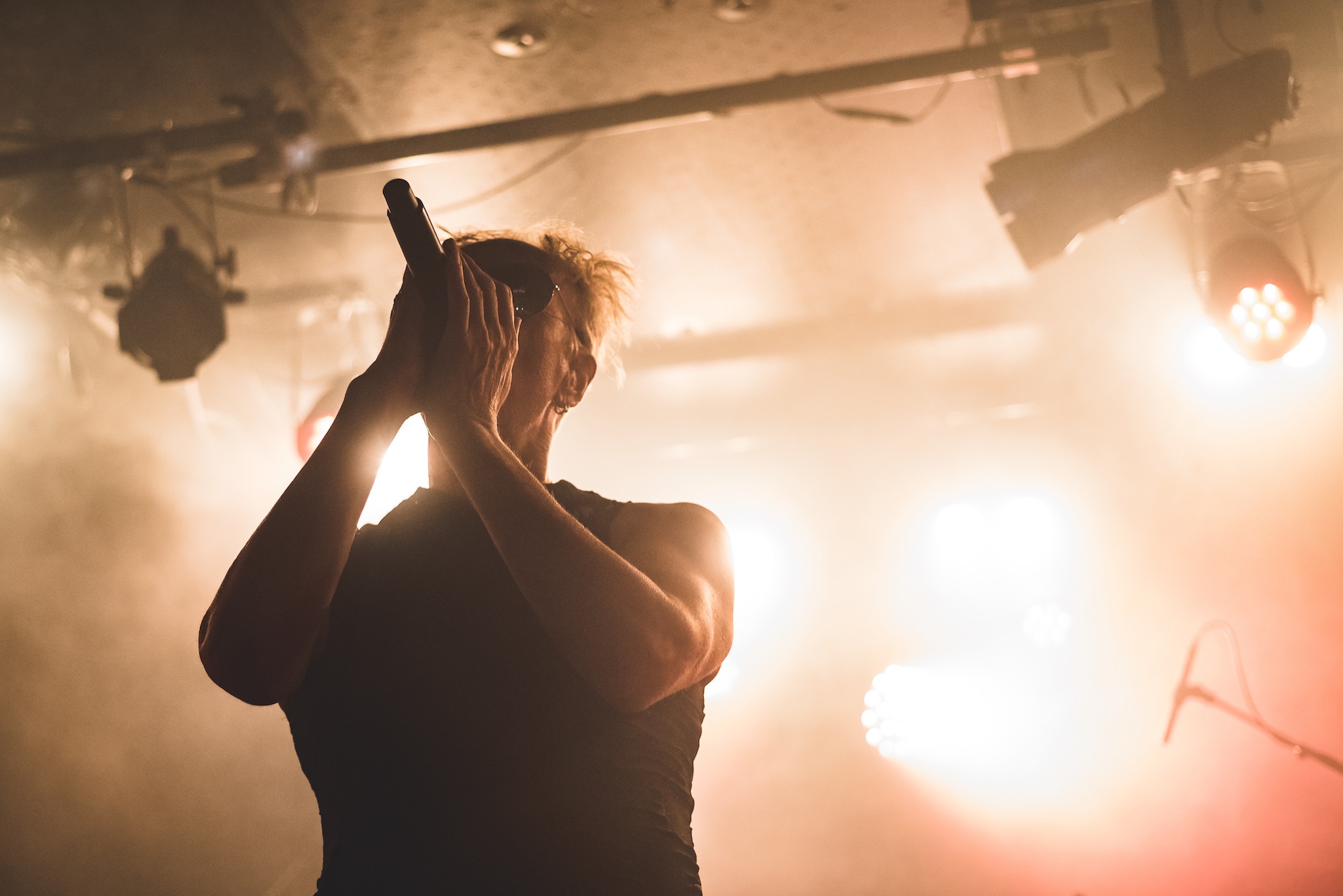 Starting out from Vancouver in 1986, Front Line Assembly count as one of the most relevant and legendary acts on the EBM and industrial scene. Comprising longtime members Bill Leeb and Rhys Fulber (the latter hasn’t always been part of the group), FLA have released 17 albums so far, the latest one being 2021’s Mechanical Soul. After a four-year absence, partly due to covid, we can welcome the band aboard the A38, along with Die Krupps and Tension Control. We asked FLA a bunch of questions, Rhys was kind enough to answer.

This is one of my favorite venues in Europe. The fact that there is a full bar backstage is pretty much something I have never seen anywhere else in the world!  It also has a great crew and sound system. Everything about it is always a pleasure.

You’ve played at other Hungarian venues over the years as well. Do you remember your first ever Hungarian gig at the now defunct Petőfi Csarnok?

We played Prague in 1991 and a few guys took the train up from Budapest but we didn’t play there that tour.  I didn’t visit Budapest until much later with Conjure One so I cannot comment really.  I think I was with FLA at that place in the 2010s.

Well it’s easy when you tour and there’s no surprises. Everyone knows what everyone does and where they fit in.

Your latest album Mechanical Soul came out a year and a half ago. Front 242’s Jean-Luc de Meyer guests in one of the songs. For you, what are the similarities and the differences in the music of Front 242 and FLA?

I think 242 is a little more direct and FLA is a little more ambient. I think our older music was a bit closer to some of their material stylistically and they have a pretty different vocal style. We have always been fans of theirs and they are great people as well.

What’s the songwriting dynamic in FLA like? How do you create the songs nowadays?

In the old days Bill and I would work on the music together and then he would put together the vocals, nowadays I usually put together a lot of the musical ideas and then Bill joins me later to add a couple parts and then do his vocals. We have a pretty good system now.

Why did you decide to cover Falco’s Rock Me Amadeus for your 2019 album Wake Up The Coma?

This is something Bill had talked about for years and we finally got around to doing it. It was Bill‘s idea for me to contact Jimmy, who I have worked with many times because he felt he could handle that style of lead vocal better and he was definitely right.

Tactical Neural Implant is viewed by many to be your masterpiece. Do you agree with them? Which album of yours do you consider the best, and why?

I don’t know. It’s hard to have the same perspective as an outside listener. I think Tactical… is definitely one of our better records but I also think Echogenetic is one of the most solid Front Line records and Civilization has some really nice work as well.

On your album Hard Wired you used audio samples from movies such as True Romance, Lethal Weapon and Alien3. Why did you pick these films? Are they favorites of yours?

Usually Bill would be renting current films of the time and recording parts that caught his ear to digital tape and then bring them into the studio and I would just go through cutting out pieces not even knowing what they were.  If something sounded interesting I would sample it, but a lot of times I wasn’t fully aware of what it was.

Have you started work on album No. 18?

Not yet. We just also did a noise unit so we need a minute to recharge and our focus is on touring for the next little while.