Wailed vocals, burning-rubber guitar solos, no ballads, turn-it-up rock ‘n’ roll – just like their forefathers in AC/DC, the members of Airbourne just want to have a good time and play the music they love. In their case, it’s the aformentioned oldschool classic-rock, the louder the better. The Australian quartet nearly played at A38 Ship last year, but because of the floods, the rock ‘n’ roll seance was held at Club 202. But this time, even a tsunami couldn’t prevent the band from setting the ship on fire with their thrilling arena-rock – every rock ‘n’ rolla should mark the thirteenth of November in their calendar, because that night will be a real joyride! But before the real fun begins, we had a quick chat with guitarist Davide Roads about his favourite records, the ups and downs of the rock ‘n’ roll lifestyle and video games. 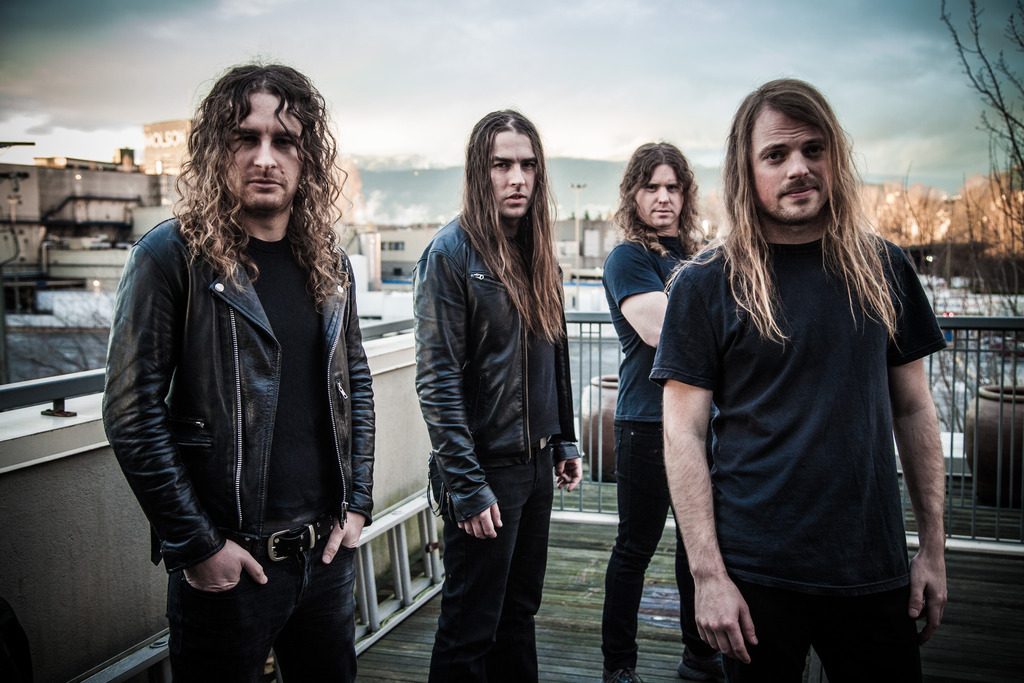 You’ve already been to Budapest several times, last year you have played at Club 202. What kind of memories do you have about that concert?

Yes, I remember we were supposed to play the show on a boat on the river Danube, but leading up to that show there had been extensive flooding in the area. We couldn’t load any of our gear to the boat so we had to move the show to Club 202 and it was a great show. When we come back to play again soon we will try the boat again.

Your songs were featured on the soundtrack of many video games, but if you could make your very own video game, what would it be like?

You’ve said, that the title of your third album Black Dog Barking refers to your bad luck from the start – what were the main hold-ups in your career?

There wasn’t really bad luck, more up’s and downs I guess. Like the corporate takeover of Capital records when we had just finished our first album (2007’s February). That situation had the potential to really set us back, but it all worked out for us. A similar incident happened a few years later with our label Road Runner, which worried us a bit but that worked out in the end. Sometimes on tour we clash with the DB sound limit in venue law’s, which sometimes nearly threatens to cancel the show, so we are always battling with that. Thats just to name a few things that happened over the years. All we want to do is play rock ‘n’ roll and show people a good time. So over time we sort of just came up with the name ‘Black Dog Barking’.

Your song, Ready to Rock appeared on your first independently release EP,  and you re-worked it for Black Dog Barking. How did that idea came?

Ready to Rock has always been the type of song that has represented what we are as a rock band, a call to arms kind of song. So we felt that it was time we reworked the song for the third album.

What do you think about the rise of vinyl sales?

I think it’s great people are getting back into vinyl, I’m a collector myself and I love the way they sound and the art work. It is also great to have a physical product again, something you can hold and open up and read the inside booklets. Allot of our fans still collect vinyl hence why we release on vinyl every album. There has always been a demographic that has never stopped listening to records and its starting to grow even more.

Do you think that the good time of rock ‘n’ roll is over and you are born in the wrong era?

Rock ‘n’ roll has never died, thats for sure. It’s not as crazy as the music scene would of been through the 70’s and the crazy 80’s, I guess. The world has changed so much since then though. There is so many other things people get into now days, where as back then allot more people were into music and going out to watch a band, now there is too many other distractions. There is still a lot of rock bands out there and a hell of a lot of rock fans around the world that still want to go see there favourite bands and have a wild time. There is also a sense that people are wanting genuine music played by bands again too, so live bands and shows have been popular again.

What are the highs and lows of living the rock ‘n’ roll-lifestyle?

Allot of the time it is fun. Playing the shows and travelling around playing a different town every day when your on tour. Although it is hard for bands these days with all the free downloading of music. Bands work there ass’s off making those songs, and find it hard to make anything back for them. So bands get out on the road and tour more to make a living. But when your up on stage playing to a festival crowd or a sold out pub show, you know your doing it for the love of playing.

Your music is straightforward, classic rock ‘n’ roll – is it hard for you, not to overthink it and keep things simple?

No, that’s normally our guidelines – when writing songs, it has to be kept simple. When writing new material we try an imagine playing them to our fan base and to see if they would work well on a large festival stage and still rock in a smaller pub show.

Which are your five favourite classic rock albums?