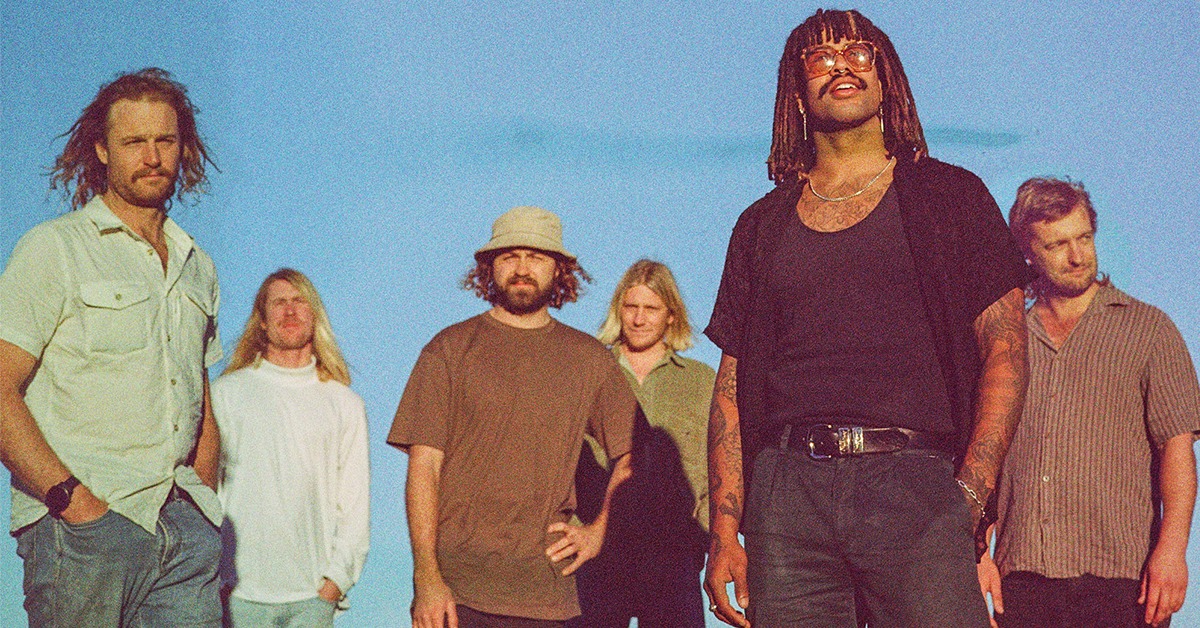 They blend psychedelic rock music with reggae and other influences, they have three albums under their belt and they’ve already finished the recordings of their fourth LP. They’re more and more popular in their native Australia, and they’re making a name in other parts of the world. After their memorable gig at Sziget three years ago, Ocean Alley are coming back to Hungary to play their first ever club concert here. We asked guitarist Mitch Galbraith about their influences, the Aussie scene, album No. 4, and more.

You’ve played in Hungary before: in 2019 you performed at Sziget Festival. Any memories that stand out from that visit?

We had a great time walking around the beautiful city of Budapest and went out to dinner somewhere near a huge castle. It was the first stop on our European tour that year and it was a crazy show to start with. The festival was one of the biggest we had been to then, our crowd even on the first day was insane!

How much do you consider yourselves part of the Australian psychedelic scene?

I think we would consider ourselves more part of the broad surfrock scene in Australia which I guess has a lot of psych notions amongst it. There is a super rich indie rock scene coming up in Australia and those artists are championing rock and psych guitar with old school flavours for sure.

Who are your all-time favorite psychedelic acts?

King Gizzard & The Lizard Wizard are an amazing Aussie psych group that are pretty well known here in Australia and abroad which we have always been inspired by. They are on another level with their creativity and all the variation in the music they compose. Pond are another group who we’ve listened to for a while and who are always fun and interesting to get around. Over the many years the style changes and variations in their catalogue are wild.

What other Australian bands/artists have influenced your music?

I have listened to a lot of Paul Kelly, Josh Pyke, Midnight Oil, Boy & Bear, Powderfinger, Pete Murray all while growing up as the band formed. There is so much amazing Aussie music that has influenced us along the way, it’s hard to list them all. I think just after high school in 2009 when the band was forming most of the new music we listened to was Australian and a lot of it today is the same.

There are also elements of reggae in your songs. What roots artists do you like to take inspiration from?

Bob Marley & The Wailers was probably the biggest but also Steel Pulse, Pupajim and Katchafire.

Your third album Lonely Diamond went top 3 in Australia. Did that surprise you? How important is chart success for the band?

It was something we had been striving for if only to get that exposure and validation for the many years touring around the country. It’s competitive in the sense that there are just so many amazing artists in this country and so it meant a lot to us to have that recognition and respect for just making music the way we want.

A month and a half ago you finally wrapped the Lonely Diamond tour. What tour are you on at the moment? Is it a kind of pre-album no. 4 tour?

We’ve still gotta tie up some more Lonely Diamond touring in Europe and the west coast of North America which were postponed for a couple years. It’s important for us to finish that off before we start another cycle but we can’t help ourselves so we will be playing the single tracks we have released for album 4 along the way.

In May you released your latest track Deepest Darkness. Tell us a bit about this song!

It’s a song about how someone can bring the best out in you. It started with a pretty chilled keyboard chord progression and we just kept thickening the guitars and took it pretty far. It felt new and fresh for us to go down that path and it was heaps of fun recording it too.

You’re working on your fourth album. Can you give us an update?

It’s all coming together. We have a new focus on some cool music videos and artwork for the album so that’s been our focus since most of the music is close to finished. We’ve just been trying to fit the release in with all the tour catchup but we are stoked we’ve had lots of time to polish it all up.

Other than Down Under, where else is Ocean Alley really popular?

They like us in the UK and Ireland, we had an amazing tour there early in the year and we were welcomed with open arms! Favourite spots were Dublin and St Ives in the south west of England.