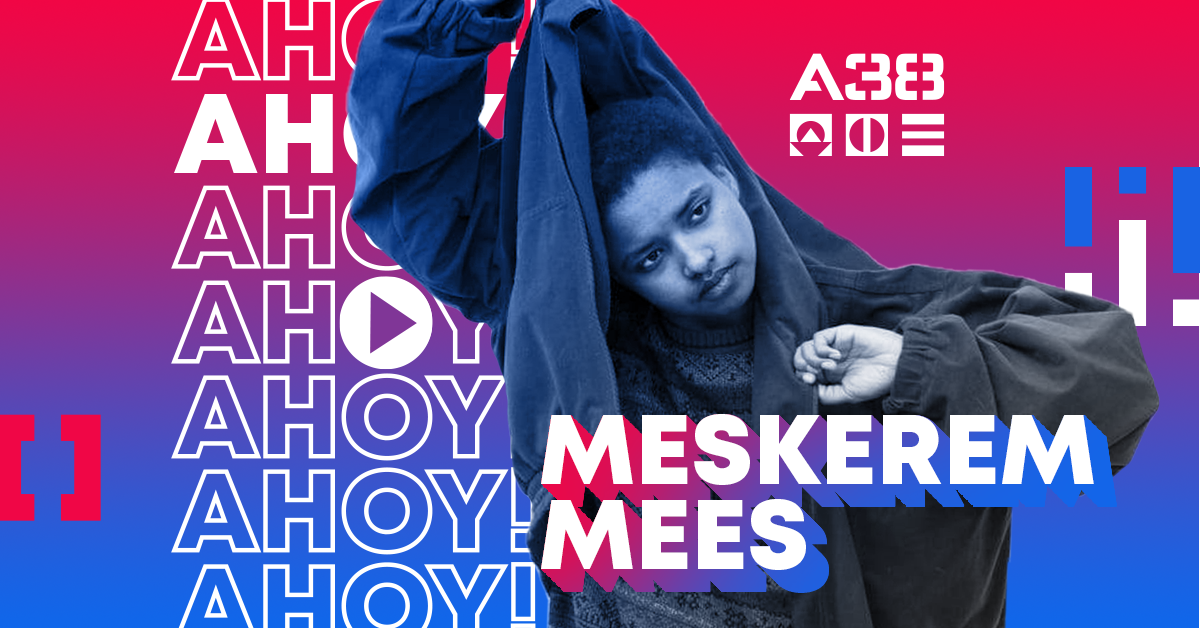 Meskerem Mees singer songwriter emerged from the Belgian music scene in 2020 with her debut single ‘Joe’. The freely wandering, soul catching wibes of her songs immediately resonated with the audience bringing her more and more success. Next she’s coming to the Ship to mesmerize us with her music on the 24th of September but before that we were curious about a few things and cought her for a few thoughts.

What was your inspiration, your motivation to start music?

When I was 8 I was in need of a hobby and I wanted to play football (soccer) like my brothers but my town didn’t have a ladies team and then my mother suggested I took up music lessons. I continued following lessons until I graduated at 17. Besides that my father was also very passionate about music though he never learned to pay an instrument.

What are the pros and cons of being an upcoming musician in Belgium? What factors do you think are helpful and what factors are maybe more disadvantageous there?

Belgium has always been a country that is open to the exceptional. There is a space and an audience for the odd, the unknown, the upcoming. Even to this day we have alternative radio stations that are well known and love to lift up and promote beginning artists. Unlike in The Netherlands, for instance, where a band only makes it to the radio after they’ve already blown up. On top of that there is a very strong tradition of cafe concerts and a numerous amount of cafes (to uphold our reputation of beer lovers). Besides that it is a small country, which has its advantages and disadvantages. There is less competition but it is very difficult to take your music across the border. The Belgian artists that do make it to the international stage tend to come from the capital, Brussels, and sing in French more often than English.

I have received great spots at various international festivals within Europe thanks to LiveEurope. I am unsure about what it may or may not have done to my streaming numbers but I did feel I was being promoted with European bookers a lot. We had a lovely European festival summer for which I am very grateful.

What is the difference between the very beginning of your career of creating music and now when you’re achieving more and more success? What has changed in your process for example and how did it alter your life?

I have a manager now and I am being paid for practicing my hobby. Other than that I don’t feel a lot different from my 8 year old self.

What is your most memorable, favorite moment in your career so far?

I got to spend a week together with 2/4 of Sons of Kemet in Montreux after I won the Montreux Jazz talent competition. That was a real crazy week. I’m still in touch with a lot of people I met there. Great fun!

What is your favorite thing about writing music? How would you describe the feeling?

Writing music has grown to be a coping mechanism for me. It’s free therapy. I went to a psychologist once and decided I prefer writing about my troubles rather than talking about them to a stranger. The feeling of writing depends on the mood I’m in at the time.

Why do you think that suddenly so many people felt connected to your lyrics?

I don’t think people necessarily connect with my lyrics. There’s a lot of lyrics in my songs and most of the time when I talk to people after a show they tend to just mention my personality/ my on stage presence and my voice. Being an artist is kind of a whole package thing. Every once in a while there is someone who has questions about what some of my lyrics mean. I prefer to leave space for open interpretation.

Feedbacks can be very important in any stage of someone’s career but maybe more so at the beginning. How strongly do you need them and how strongly do they affect your music?

I am very stubborn but do acknowledge feedback when it’s valid. It mostly depends on who is giving it to me. I care most about what the people closest to me think of the stuff I make.

As your lyrics, your music come from a certain life experience, a feeling from a certain period, how can you stay connected to those songs later on and still perform them as they were born yesterday?

Like I mentioned before I like to leave a lot of room for interpretation when I write lyrics. Hence it’s very easy to give a different meaning to a song and play it with a different intention. I am not the person I was when I first wrote these songs but playing them brings them back.

In an interview you mentioned that you look up to artists who are multi-talented, who have music as one thing but also have another thing, another art as their talent, and that you’re still looking for that other thing. Have you found it or have you tried yourself in something else?

I’m still figuring that one out. So far I seem to like skateboarding. It’s really hard though because it’s a dangerous sport. You can easily break something and I need both my wrists to play the guitar… I’m also making a short film. I like film as well.

What would be your advice for someone who’s just starting their music career?

Do it because you like doing it and expect nothing.

What are your plans for the next few years? How do you picture it and how do you want to achieve it?

I started playing bass in a band and got a lot of cool projects coming up next year. I’m making music for a new dance performance, I’m making that short film I mentioned before and I’ll be working on my second album.