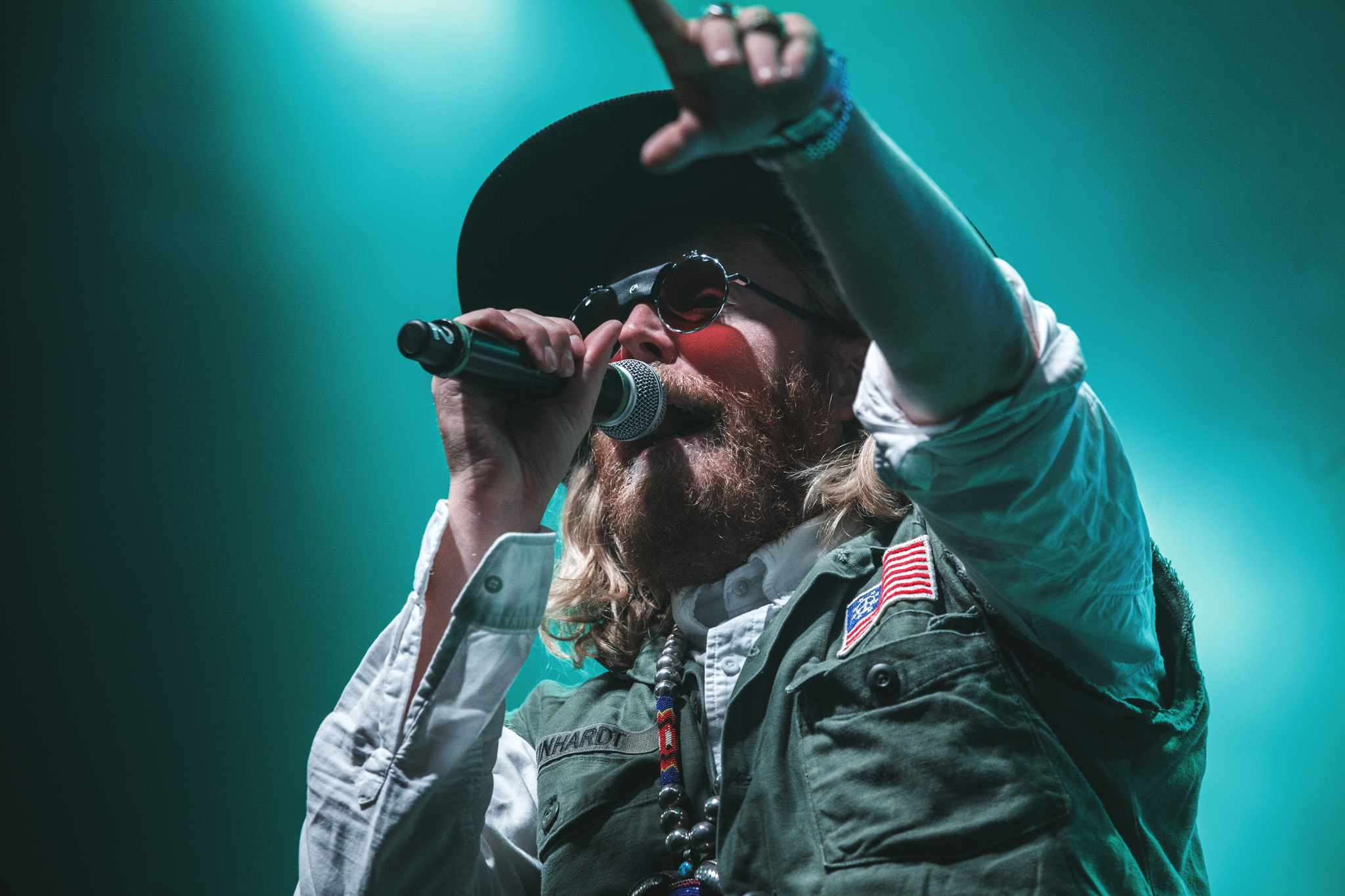 Swedish swing/jazz/hiphop trio Movits! released their latest album Halleluja last year and they are coming back to the A38 after their amazingly memorable performances here in 2012, 2016 and 2019. Vocalist Johan Jivin’ Rensfeldt, DJ/multiinstrumentalist Anders Renfeldt (Johan’s brother) and drummer Joakim ‘One-Take’ Nilsson are famous for their ecstatic gigs, and they were also kind enough to have a chat with us ahead of their show on September 11.

You’ve played at our venue the A38 Ship three times before. What memories do you have, and what do you think of the club?

The A38 is definitely one of the coolest clubs in Europe! The first time we stepped into the backstage area, we thought we’d entered a James Bond movie!

You said that American audiences can be quite ecstatic, whereas Swedish audiences tend to be a bit shy. What about Hungarian audiences?

It’s been a few years now since we last played Hungary, but from what we remember the Hungarians are a great crowd!

You started out from a town called Lulea which is quite far up in the north. Do you still reside there? Tell us about Lulea!

Half of the touring crew still live up north, the other half has relocated to Stockholm. The county of Norrbotten, part of Sápmi, is an amazing place with the midnight sun during the summer, arctic lights during the winter and vast wilderness as far as you can see. Oh, and there’s pretty good music there as well!

You proved that a Swedish band can gain international popularity without singing in English. Do you think you would’ve achieved the same success if you sang in English?

Impossible to tell! We’ve been told that part of our uniqueness is the fact that we sing in Swedish. But we’d probably had more radio airtime if we’d been singing in English…

You released your latest album Halleluja in 2021. Tell us about making it, what was the recording process like? How was it affected by the pandemic?

Well, since not being able to tour, we had a bit more time in the studio than usual, which was nice. Some of the more experimental songs probably wouldn’t have been written during normal circumstances. But other than that, sometimes the beat comes first, sometimes the melody. You never know, you know. Even though we’ve been making music for many years the process is never exactly the same, which also makes it interesting and keeps you wanna keep exploring.

What influenced the album lyrically?

Some songs came out in the studio while in session, a song like ”Blixtar” almost wrote itself on the spot. Other more political songs like P.E.S.O.S, about ”cash rules everything around me” was an idea we’ve had for a while, thanks to Wu-Tang. The album ranges lyrically between more party songs like C’est La Vie and Plåster, to more personal stuff like Hjärtat på min Sleeve. All in all, Johan writes about stuff that feels interesting and current, whether it’s high or low so to speak.

What’s it like for Joakim to be in a trio with two brothers?

It’s probably much like being one of those Oasis guys you can’t remember the name of! No, it’s not at all as bad as you might think. Most of the time he feels like the middle brother from another mother!

What’s the weirdest thing that’s ever happened to you on stage?

Oh, that’s a hard one! One of the weirder things was when we played Colors of Ostrava and our backtracks and guitar broke down in the middle of a song. We had to finish with two horns and a bass drum in front of 30,000 people. But they loved it! Or when we played Sziget Festival in the same time slot as Rihanna. We started our show in a huge empty tent, but by the middle of our show Rihanna had finished and our tent filled up in seconds. It was like the tent flooded with 10,000 crazy Hungarians!

In April you released a new song Hellre Med Vargar. Tell us about the inspiration behind this track!

Finally being able to kick off our long awaited tour that had been postponed a few times, we wanted to do an energetic song that people could dance to. We’ve always liked Paul Simon, Prince and 80s-90s stuff like that, which you probably can hear inspiration from when you crank up the volume!

Are you planning to release any other one-off tracks in the near future?

We have a few aces up our sleeve, but we haven’t decided yet on how to use them. Make sure to stay tuned in, though!