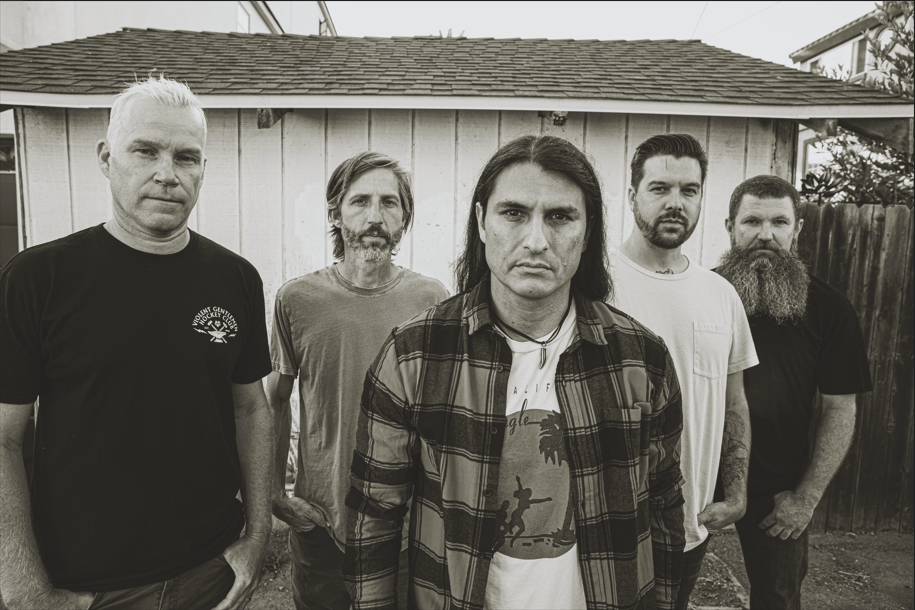 For over two decades, the frontman of Orange County hardcore punk band Ignite was Zoli Teglas. The singer, who has a strong connection to Hungary through his ancestors, unexpectedly left the band nearly three years ago. The other members held auditions and chose Eli Santana (formerly known from California met- al group Holy Grail) as their new vocalist They released an eponymous album this March, and on November 11 they will play their first Hungarian concert without Zoli. Bassist Brett Rasmussen answered our quest.

As a founding member, you’ve been in the band for the longest time. What have been the highlights in the history of Ignite in your opinion?

There are so many highlights (festivals, tours, vacations, friend- ships, etc) it would be impossible to name all of them. But there are definitely some standout moments and some special things have happened over the years that stick out to me. 1994 to 1995 was really the first touring year for Ignite and I would have to say it’s pretty cool that in one year we went from playing to basically nobody to headlining our own tours on a tour bus in Europe. By 1996 we were touring in Japan and over the next few years we expanded our country list to almost 25 countries. Now we are up to 50+. Almost 30 years later we are still putting out music and playing some of our best shows ever. That’s special to me!

Zoli announced his departure in 2019 and left Ignite the following year. How did you react when he told you? Did you anticipate it or was it completely out of the blue?

It was not a surprise at all for me. I think everybody in the band needed a change. Aft r 25 years I think it is normal and it can sometimes be difficult to keep a band going with the same peo- ple. People change, life changes, people’s goals and life expec- tations change and this is totally normal. Not too many bands in the punk and hardcore scene keep the same members forever. I don’t think I can name one hardcore or punk band that has the same members.

Did it cross your mind to split up the band or you definitely wanted to continue?

I definitely wanted to continue Ignite. I start d working on this band in 1992 and I love playing all our songs live and I also love writing and recording with Nik, Kevin and Craig. I asked every- one if they were interested in continuing Ignite and finding a new singer. It was an easy choice for us to make to continue. We just didn’t know if we were going to find a singer or how long that process would take.

How did you recruit Eli? Was there an audition process?

Pandemic… Covid -19… and the whole world shut down soon aft  r. The audition process was pretty difficult during the pandemic. We start  d talking with singers in early 2020, but there were not too many rehearsal rooms that were available to use, so a lot of the initial contact was made through emails and texting. Aft  r working with a couple other guys we discovered that Eli, who was a friend of Craig’s, was interested in auditioning for the band.

What made you choose Eli, what qualities of his did you find essential? Did you look for a voice that was similar to Zoli’s or that wasn’t so relevant perhaps?

The number one thing we were looking for was somebody who we could get along with. We definitely were looking for some- body who was of course an experienced, touring musician, but we wanted to make sure that we were all friends and on the same page. You spend a lot of time together with each other on the road and at the end of the day that is what matters most, the friendship.

You released your latest album this March. How come it’s untitled? Does it perhaps refer to a kind of new start?

In what way was Eli involved in the writing process? Tell us about the writing and the recording of this album!

Well, we didn’t know if we were going to find a singer who was also a songwriter. So in early 2020 we start d writing a lot of songs that we expected to be on the album. We didn’t connect with Eli until autumn of 2020, and by that time we had 15 to 20 songs already written that potentially were going to go on the new record. But once we start d working with Eli we realized he was not only a songwriter but was going to be a big contributor to the songwriting and song-shaping process.
Once we condensed the list of 30 songs we had written down to 15, we headed into the studio with our longtime producer Cam- eron Webb. Then we really start d tearing the songs apart and rebuilding them to make them the best they could possibly be. Cameron is a very important element of the Ignite songwriting and recording process and we’ve now been working with him for over 20 years. He is a silent long-standing member.

How’s the tour reception been so far?

You never really know how the fans are going to react to your newest songs. When we were finished with the recording of the album we were very happy and proud of what we had creat- ed, but the true test is your fans’ reaction and response to your music. We have been blown away by the response! It has been so cool to see how excited people are regarding Eli singing for Ignite. I was hoping that the response would be good but it has definitely surpassed all of our expectations!

Ignite had this strong Hungarian connection through Zoli’s heritage. Now that he’s no longer in the band, do you feel you need to follow that up somehow, or your attitude towards the Budapest show in November will be the same as to any other show on this tour?

Budapest is much like Berlin, New York, Tokyo, São Paulo, Los Angeles and many other amazing cities where we have played shows and it will always be a very special place to us. The people have been so great to us for so many years, we are really looking forward to playing a club show in Budapest in November. It will be a lot of fun of course.

Ignite will turn 30 next year. Are you planning any special celebrations for the anniversary?

We usually don’t celebrate the number of years we’ve been playing in Ignite. We never made a special celebration at 20 or 25 years and I don’t think that we will at 30 either. Who knows, maybe we will, maybe by then we will change our mind and want to do something special for 30. But I think every year is just as special as the previous or the next. We actually like to hear from fans when they say they’ve been coming to our shows for 5 years.