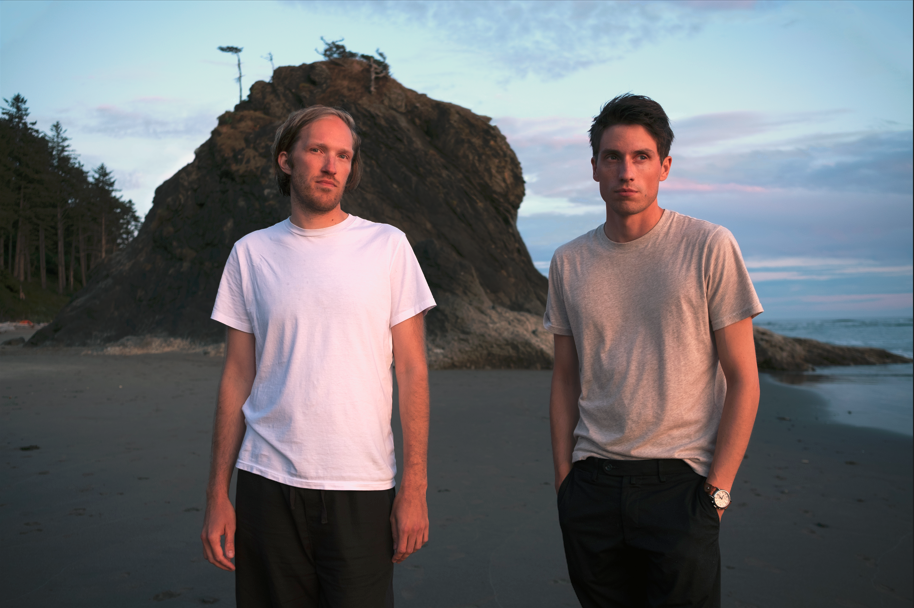 Gidge will be playing their first ever A38 concert on December 1. The Swedish duo’s electronic music is shaped by field-recordings of nature and is both comfortable on the dance floor and in a more relaxing environment. Each and every Gidge track creates its own sense of atmosphere and emotion. Their work evolves naturally, often building to powerful peaks from a silent break that is tweaked with vocal samples and neo-classical influences. Ludvig Stolterman and Jonathan Nilsson answered our questions while traveling on a train between Nijmegen and Amsterdam.

What does ‘gidge’ mean? I tried to google it but couldn’t find anything.

It doesn’t mean anything, so therefore it can mean whatever you like. We made up this name even before starting to make music so at that time maybe the name Gidge represented simply all the music that we wanted to make, or that we thought was somehow missing.

You two met in high school. Who was the better student?

We met in film school so there were a lot of creative courses, however during more elementary classes we were both easily distracted. We started spending more and more time in these small sound studios they had at school and our grades probably took a small hit.

Who were your favorite artists at the time?

We shared a common fascination for the album The Fat Of The Land by The Prodigy, this is actually how we started talking in the first place. We also drew inspiration from Fatboy Slim, Moby and later Four Tet to name a few. There was also the presence of a very direct melodic approach of bands like The Knife and Slagsmålsklubben.

You come from Umeå, a town in the north of Sweden. Other bands who have started from there include Refused, Meshuggah, Cult Of Luna and INVSN. Seems there’s a healthy, vivid music scene in Umea, is that correct?

In one sense yes, it’s probably a good environment for bands to start and get going, and being a cliché, we’re increasingly more convinced that the dark half of the year has a lot to say on where this urge to create music comes from. However, and especially more in recent years, it’s not always an easy town for making shows and club events happen. And venues with a stable pace of events that you can count on seem to disappear quite rapidly. When we were younger there were a few spots that always had something going on, and people always showed up.

Sometimes you record music and sounds outdoors, in the woods. How does the environment inspire and shape your music?

A lot, probably even more than we are aware of. But it’s not always a direct link. Going to spend a day in the woods might not always seem to inspire a certain sound, however over time it definitely has a big influence.

10 days ago you released your latest track Bleak. Tell us about the inspiration behind it!

This fall we entered something subtly more dry and grey, and although this track at the same time is quite lush and atmospheric it comes out of a more rocky feeling. Rocky as in rocks, stones. Colder and darker.

How do you create a song? Do you usually use the same method or it can happen in various ways?

It’s a chaos with some order to it. We have our ways of creating the sound we are looking for, some patterns that keep repeating, but sometimes when you are really inspired there can be a kind of ’rushing past’ those patterns. This is when it can either actually become something really good or end up being completely off track. But to write a full song in advance and recording it bit by bit has never worked out, there are always some happy mistakes or other distractions that drag the song in new directions.

Can you give us an update on your next album? Will Bleak feature on it?

In 2016 you said in an interview that you’re not too well-known in Sweden. Has that changed in the past 6 years?

Yes, we have a very good fanbase in Sweden these days, word seems to have gotten around!

Have you ever visited Hungary?

Twice with Gidge and once for pleasure. Budapest is a beautiful city, with such rich history. It will be great to come back!